Published just two months ago, “Eleanor” is the most recent of David Michaelis‘s half-dozen books. Among his best-known previous titles are “N.C. Wyeth: A Biography” which won the Ambassador Book Award for Biography in 1999 and “Schulz and Peanuts: A Biography” which was the first comprehensive and independent exploration of the life of Charles M. Schulz (and generated a modest amount of controversy).

The book’s publisher notes that “Eleanor” is the first single-volume, cradle-to-grave biography of Eleanor Roosevelt in “decades.” Previous one-volume studies include “Eleanor Roosevelt: A Personal and Public Life” by J. William T. Youngs (1984) and “Without Precedent: The Life and Career of Eleanor Roosevelt” by Joan Hoff-Wilson (1984). But most readers interested in an excellent and exhaustive exploration of Eleanor’s life will likely gravitate to Blanche Wiesen Cook’s definitive three-volume series published between 1992 and 2016.

Fortunately, this biography of America’s longest-serving (and probably most admired) First Lady proves worth the wait. Michaelis spent the better part of a decade researching Eleanor’s life and the benefit of his sleuthing is quickly clear. There is little pertinent to her private life or public career which the author has not explored, picked through, analyzed or questioned. And, to his credit, Michaelis is able to report the most salient facts and conclusions in a relatively crisp 536-page narrative.

Readers who are unfamiliar with Eleanor and the extended Roosevelt family will be grateful for the eight-page “cast of characters” which summarizes the principal participants in Eleanor’s story – family, friends and colleagues – and explains the role each plays. But regrettably missing: a Roosevelt Family Tree which would allow readers to quickly visualize the often complicated connections between Eleanor and her various relations.

The author’s writing style is dependable and coherent but lacks the alluring lyrical quality demonstrated by some of the best biographers. Instead of flowing effortlessly, the narrative often exhibits a curiously abstruse quality. But if the story is occasionally opaque or serpentine, it is almost always engaging.

The book’s best moments include coverage of Eleanor’s early marriage (when she and Franklin lived with his mother – surely every bride’s dream), a frank exploration of her attitude toward race and religion, a fascinating look at her relationship with Lorena Hickok and a wonderful review of her trip to the South Pacific during WWII.

Even more compelling is the opportunity to witness Eleanor’s gradual evolution from casual bigot and anti-suffragist to outspoken champion of human rights. But for me this biography is never better than during periods of great stress in Eleanor’s life – such as her discovery of FDR’s intimate relationship with Lucy Mercer.

Unfortunately, the author’s need to limit the book’s length impacts both its efficacy and readability. It proves uneven in its consideration of important historical context, generally lacks colorful scene-setting and sometimes delivers important messages in too subtle a manner.

In addition, important supporting characters deserve better introductions and more ongoing attention than they tend to receive, and they often seem to appear and disappear haphazardly. Finally, while the reader is able to absorb a great deal of Eleanor Roosevelt’s persona, it is not clear to me that one volume is sufficient to fully capture and convey her essence.

Overall, David Michaelis’s “Eleanor” serves as an excellent introduction to – but not quite a fully penetrating portrait of – America’s most complicated and compelling First Lady. As history the biography is wonderful; as a story it could have been more engaging. But if it merely leaves its readers yearning for “more” Eleanor…it may well have done its job.

4 thoughts on “Review of “Eleanor” by David Michaelis” 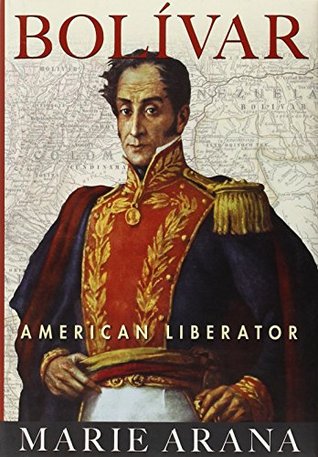 “As physicists, Oppenheimer and Einstein disagreed. But as humanists, they were allies.”