The Dead Are Arising: The Life of Malcolm X
by Les and Tamara Payne
612 pages
Liveright (W.W. Norton)
Published: October 2020

Published last fall, “The Dead Are Arising: The Life of Malcolm X” is the result of nearly three decades of work by Les Payne. Following his death in 2018 – with the manuscript nearly finished – his daughter (and primary research assistant) completed the book. Les Payne was a former U.S. Army Ranger and a Pulitzer Prize-winning journalist and editor at Newsday.

Payne’s background as an investigative journalist will not come as a surprise to readers of this exquisitely-researched biography. Payne interviewed hundreds of people including nearly everyone he could find who knew Malcolm X (born Malcolm Little): childhood friends, classmates, cellmates, colleagues, family members and neighbors. His overarching goal was to write the most thorough, accurate and penetrating account possible of Malcolm X’s life (as well as his death).

In the end, Payne’s biography does for Malcolm X much of what Robert Caro’s multi-volume series does for Lyndon Johnson: create a colorful, insightful, thoughtful and scrupulously balanced portrait of a complex and occasionally perplexing human, underpinned by tenacious research.

Immediately obvious is that Payne is an engaging writer; his style is clear and straightforward but extremely descriptive and consistently captivating. He was intrigued – and even inspired – by Malcolm X. But if this biography frequently feels friendly toward its subject, it is not reverential. Payne is never reluctant to note his subject’s shortcomings and he works diligently to identify and correct errors and point out omissions from Malcolm X’s Autobiography.

But while Malcolm X is most famous for his dozen-year association with the Nation of Islam (which ended the year before his death in 1965) it is Payne’s description of Malcolm X’s childhood which is most notable for its vibrancy and scene-setting. These eight chapters (consuming about 200 of the book’s 523 pages of text) review his life up to his incarceration for larceny at the age of twenty and are uncommonly engrossing.

The most noteworthy revelation of the biography, however, concerns Malcolm X’s meeting with the Ku Klux Klan in 1961 to discuss the Nation of Islam’s shared opposition to integration and the possibility of working with the KKK to form a “separate state” for black Americans. The two-dozen pages covering this secret summit (which took place at another Nation of Islam minister’s home in Atlanta) are absolutely surreal.

In general, though, as the biography proceeds through Malcolm X’s work on behalf of the Nation of Islam the narrative grows more dense and difficult. During these chapters the focus is squarely on his ministry, the FBI’s surveillance activities and humanitarian and religious efforts of organizations such as the NAACP, the National Urban League and Martin Luther King Jr.’s Southern Christian Leadership Conference.

Consequently, the reader loses touch with Malcolm X’s family members for long stretches of time and, curiously, neither his wife nor his six daughters receive much attention – or leaves much of an impression. In addition, Payne provides context and background unevenly throughout the biography. Readers who are unfamiliar with Malcolm X or the Nation of Islam, and who do not follow the story line carefully, may find events confusing or perplexing at times.

On balance, however, Les and Tamara Payne’s “The Dead Are Arising: The Life of Malcolm X” proves to be a penetrating, fascinating and extremely well-researched biography of an important activist and human rights figure. Les Payne set out to write the most accurate and thorough biography of Malcolm X ever published. With his daughter’s help it appears he accomplished that…and more.

2 thoughts on “Review of “The Dead Are Arising: The Life of Malcolm X” by Les and Tamara Payne” 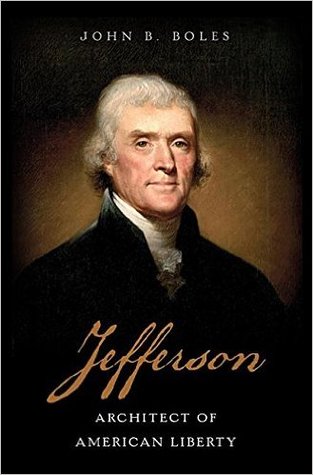 “[Jefferson] had far grander ambitions, above all to trim a federal government that he believed had become too powerful…”